The History of Wood’s Hospital

Step inside our history and find out about some fascinating key moments throughout the history of Wood’s Hospital, Glossop.

Thank you to Glossop Heritage Trust for providing these Wood’s Hospital Notes.

It was during Mr. Wood’s illness in 1885, that, while lying surrounded by comfort and luxury that wealth could bestow, he thought of the poor people of Glossop under similar conditions, and vowed that if he should recover he would build and endow a hospital for their relief. The hospital would be built of local dressed par point stone, 120ft by 80ft.  The administration block would be two storey in height and the side wings one story. Provision will be made for the accommodation of 16 patients.

Annouced it was going to be built in 1886 as one of the Jubilee gifts to Glossop on Queen Victoria’s Jubilee. The hospital and its endowment was the gift of Mr. Daniel Wood, at a cost of £25,000.

The first stone of Glossop’s new hospital was laid on Saturday, July 30, 1887, by James Sidebottom, Mayor of the borough. It was one of four ceremonies which took place that day in celebration of four magnificent gifts to the people of Glossop to mark the celebration of Queen Victoria’s Jubilee. The four jubilee gifts comprised a park (12 acres in extent) given by Lord Howard of Glossop; a new hospital, built and endowed by Mr. Daniel Wood, of Moorfield House; a public baths, erected by Mr. and Mrs. S. Wood, of Talbot House; a free public library, reading room, and public hall – the joint gift of Herbert Rhodes, of Thorncliffe Hall, and Captain Partington, of Easton. Lord Howard give the land on which these various buildings were to stand.

In the cavity below the foundation of the hospital a time capsule was placed which consisted of a copper canister, hermetically sealed, containing copies of four local newspapers, the architects’ description of the building, and a number of coins of the realm.

On Monday, 21st January, 1889, the new Wood’s Hospital erected in the northern portion of Victoria Park, was opened for the reception of patients without any formal ceremony. 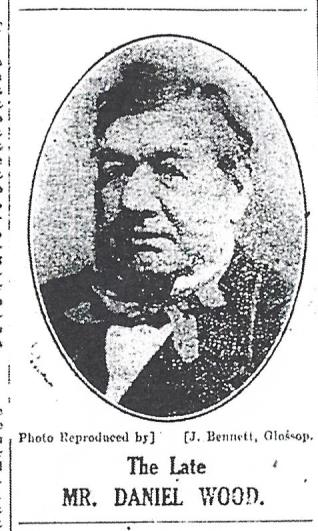 From the Glossop Chronicle 7 Feb 1913 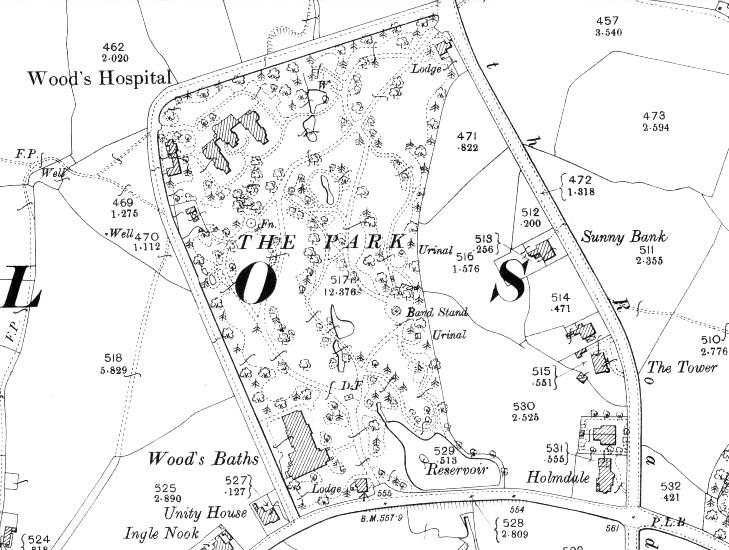 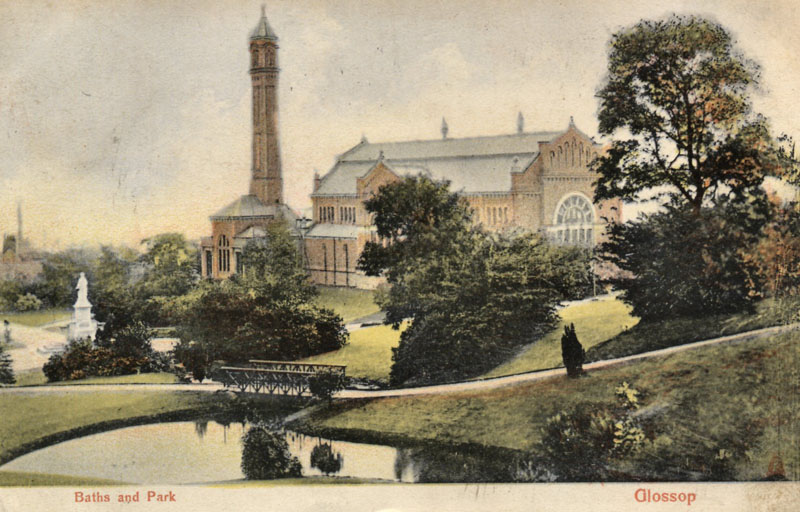 The land was donated by Lord Howard, a direct descendent of Catherine Howard – A wife of Henry 8th.

At the first stone laying ceremony, a few items were buried below including a copper canister containing copies of local newspapers, an architect’s description of the building, a Victoria medal and several silver coins.

The famous painted L.S Lowry passed away at Wood’s Hospital on 23 February, 1976 from pneumonia aged 88.

The building was used as a hospital until 2009 until patients were transferred to Tameside Hospital when the passage of time and wider developments left the hospital out of step with the trust’s standards for modern services.

We believe that it’s important to keep history alive so that we can share stories with future generations. We asked some of our supporters and beneficiaries to share their stories and experiences of Wood’s Hospital. Do you have a story to share? Please contact us using the form below. 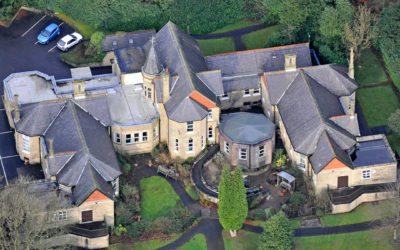 A Summer Fete at the Hospital

"In the mid 1970's Woods Hospital held a summer fete in the grounds. I was then a dancer with the Glossop Scottish Country Dancers - weaving white dresses with tartan sashes. I remember a happy time dancing there on a beautiful summers afternoon whilst my children...

END_OF_DOCUMENT_TOKEN_TO_BE_REPLACED

If you have a story to share about Wood’s Hospital, please feel free to get in touch.